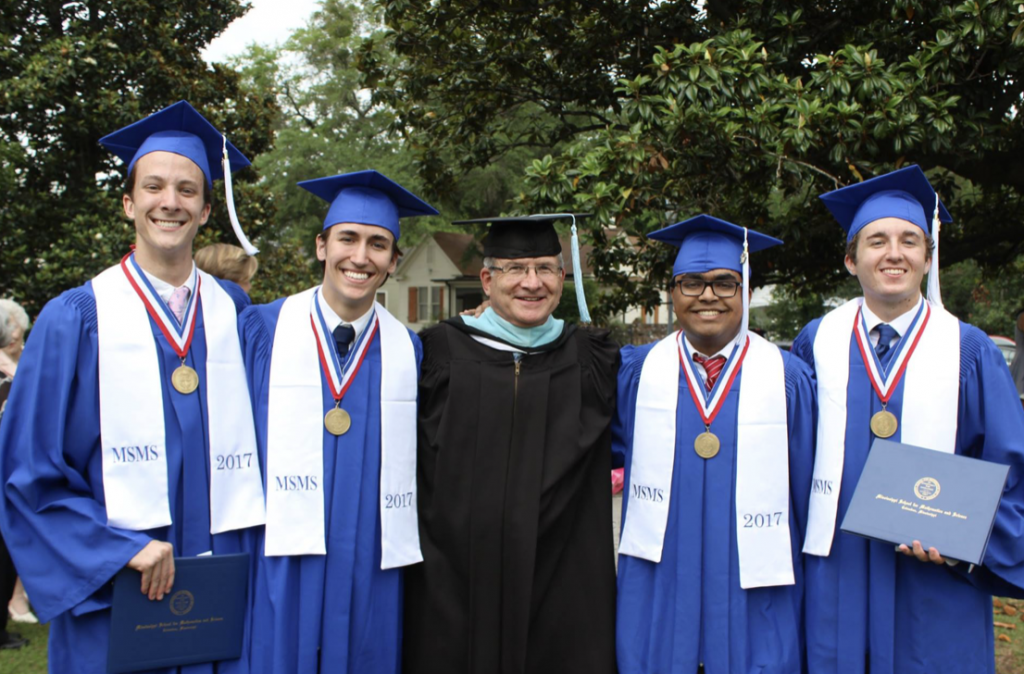 History lined the walls of MSMS on January 6 as the graduated Class of 2017 flocked into Nissan Auditorium for this year’s Senior Tribute. A tradition of countless years, Senior Tribute features performances from current students that honor the achievements and inside jokes of last year’s seniors.

Serving as a reunion for those who found a family at MSMS but attend college all over the country, the event allowed recent graduates to reminisce on memories made together and take advantage of the opportunity to mingle with the current generation of juniors.

Alumni Affairs Secretaries, seniors Sydney Matrisciano and Alana Andrus, were both given the task of directing this year’s tribute. The team began matching the faces and personalities of current juniors to portray the roles of recent graduates as soon as the school year began. Then, scripts for plays were composed to accurately reflect on the momentous events and humorous traditions of the Class of 2017. These plays were performed on-stage by the 118 juniors and few current seniors that were assigned to impersonate a specific Grandsenior.

“Senior Tribute… where do I begin? I think of Senior Tribute as a way to form a bond between separated classes. In a normal high school, we’d have that bond and extended community. There’s nothing wrong with MSMS being special, but I see Senior Tribute as a way to forge connections while honoring the legacy of the Grand seniors. During the first semester, seniors are the juniors’ whole world. We’re the pros, we know the ins and outs of MSMS life. But at Senior Tribute, we ignore them. They realize they’re really part of a much, much larger family when they meet the other class. And that’s a cool realization to watch,” expressed Matrisciano.

Andrus believes that Senior Tribute provides a way to show appreciation for her seniors and the care they had generously presented.

“I believe Senior Tribute is important because it gives us a chance to come to a close with our seniors. It also allows us to introduce our juniors to the people who really changed our lives during one of the most formative years of our lives, junior year. I saw a lot of great people smile as they saw how the junior class came together and did this for not only our seniors, but for us because they knew how much we valued our seniors,” observed Andrus.

Grandsenior Mayukh Datta was able to attend the tribute. He received the chance to meet his Grandjuniors and interact with the junior portraying him.

“Senior Tribute is supposed to be a time for us seniors to go down memory lane, and the people in-charge of the event outdid themselves. I enjoyed it a lot, and I am, especially, glad that there was a Bro Chat scene,” stated Datta.

The tribute also featured a couple’s walk to remind the crowd of last year’s loves. The performances concluded with a skit showcasing The Vision, in which last year’s newspaper staff reviewed past articles of the classes’ accomplishments.

Despite the goodbyes made later that night, a school dance in Shackleford Auditorium ended Senior Tribute with memories of the many past dances; the Grandseniors were given the chance to show-off their experienced dance routines to current seniors and juniors, just like good old times. Although each graduate of MSMS walks down separate paths after leaving, the bond connecting the generations of MSMS students is that of a family that cannot be bent or broken.