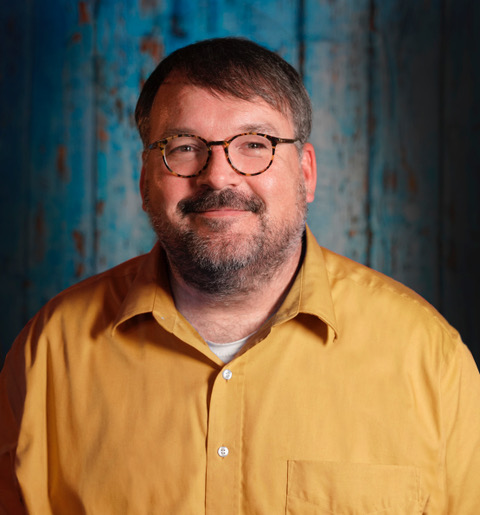 MSMS Connects recently caught up with alumnus Anthony Thaxton, who was a part of MSMS’ inaugural class.

1. Why did you choose MSMS?

It’s funny, because I actually chose to attend MSMS twice! (More on this in later responses to these questions). I grew up in south Mississippi as the son of a football coach. We worked on shrimping boats during the summer and had little extra money. My parents and I saw MSMS as an opportunity to better myself by taking courses that would not be available in my old high school. I was particularly interested in Creative Media, Mississippi Writers, Creative Writing and the like. I did not like math or science.

2. How would you describe your time at MSMS?

It was quite a challenge, as I was in the inaugural class. We were the only group of incoming juniors unable to look at those before us and say, “Yes, it can be done.” Everything was a first. In fact, I graduated under the title The Mississippi School for MATH and Science.. the MATHEMATICS came later. We were given five English textbooks and were assigned (in all courses) massive amounts of homework and reading assignments. There was a sense that we were all genius-level students. It was all overwhelming, and again, we didn’t know if graduating MSMS was possible.

Quite a few students left and went home. It was alarming to the faculty and staff. I remember going to my room to pack and leave the school. There was an announcement for me to report to the conference room at Hooper. I went and was shocked at what I encountered. There, in the middle of the school day, sat every one of my teachers seated around the table. Word had gotten out I was leaving. They took the time to gather and try to talk me out of going home! What a memory that is. I was overwhelmed by their kindness, but I was determined to go home.

I left, and I knew I’d made a huge mistake on the first day back at my old school. Mrs. Richardson had taught us Thoreau, Emerson, Hawthorne, Ben Franklin’s Autobiography, Moby Dick, and tons more in the first seven weeks of school! On my first day at my school back home, we focused on 20 vocabulary words and definitions. For homework, we had to write 20 sentences using those vocabulary words. I remember praying to magically return to MSMS because I knew I really messed up! A week later, my friend and classmate Donnie Cook called to check on me. I said I wish I was back. Ten minutes later, Director Johnny Franklin was on the phone inviting me to return. I couldn’t believe it and asked if he was serious. He said, “I’ll come help you pack.” What a special group of people! All of the teachers and staff cared so much about me personally.

I came back and almost died from makeup work. but I had a new determination and a new appreciation for this opportunity. It made all the difference. So I was the first student to attend MSMS twice.

3. How did MSMS prepare you for your future professional endeavors?

I couldn’t have dreamed of taking media and humanities classes back home. Mrs. Richardson’s Creative Writing and Mississippi Writers classes granted permission to dream big and to express my own point of view. It was a wonderful lesson. Studying Huckleberry Finn was life-changing for me. I loved people, but I also was a product of that time and place. Studying that work in English changed my racial worldview. I cannot thank Mrs. Richardson enough for her influence.

Jack Carter taught a media class, which had the high technology of having two VCRs hooked together to edit. Now, I make my living from producing television, radio and film. I independently produce/film/edit “Palate to Palette” featuring Robert St. John and Wyatt Waters, which airs on Mississippi Public Broadcasting. In addition, I’m currently producing a full-length major documentary on artist Walter Anderson for Public Television. Mr. Carter’s influence shaped my entire career. Assigned to tape a simple interview, I drove to Oxford to question Glennray Tutor. On the drive back, I kept noticing the wonderful Mississippi landscape. I would stop and capture those since I had Mr. Carter’s camcorder. I edited the interview and then put together the scenery shots into a separate piece with instrumental music. The next thing I knew, we were in an assembly with this huge old television on a cart at the front of the room. Mr. Carter showed my edited scenery project in what was my first public screening of work! It was life-changing for me.

4. After attending MSMS, what college did you attend?

I graduated from Mississippi College with a degree in art education. I taught art and video production for years in the junior high level. I taught art, video, and graphic design on the high school level as well. I’ve also taught workshops and continue painting and illustrating to this day. In the spring, I will teach a watercolor course at Mississippi College, where I was named Distinguished Art Alumnus for 2019. I feel like I’m coming home.

5. What is your current profession?

I own a television/film production company, Thaxton Studios (thaxtonstudios.com). We do all creative endeavors. I produce radio, podcasts, websites, documentaries, music recordings, and books (like Southern Voices and A History of MSMS by Mrs. Richardson). I paint, write, direct, narrate, edit, produce and consult. Occasionally, we go to Italy to film for our MPB television show. Not a bad gig! I feel so blessed.

6. What inspired you to pursue television and film?

I’ve always wanted to create things. MSMS allowed me to be one of the newspaper editors. I was the literary magazine art editor. I filmed for the Aquatic Ecology course with Mr. Valasek. I drew caricatures of the teachers. The encouragement I received from my teachers and classmates gave me the confidence to believe that I could lead a creative life.

9. Why would you recommend attending MSMS?

MSMS is certainly not for everyone It takes determination to make it work. I would highly recommend it for those who, like me, had limited opportunities elsewhere. My teachers truly cared and exhibited excellence for me. If a prospective student is looking for ways to be better, to learn, to grow, to excel, the opportunity certainly is there. It made all the difference in my life. Even though, did I mention, I hated math and science?? Overall, I am so proud to be associated with this school.