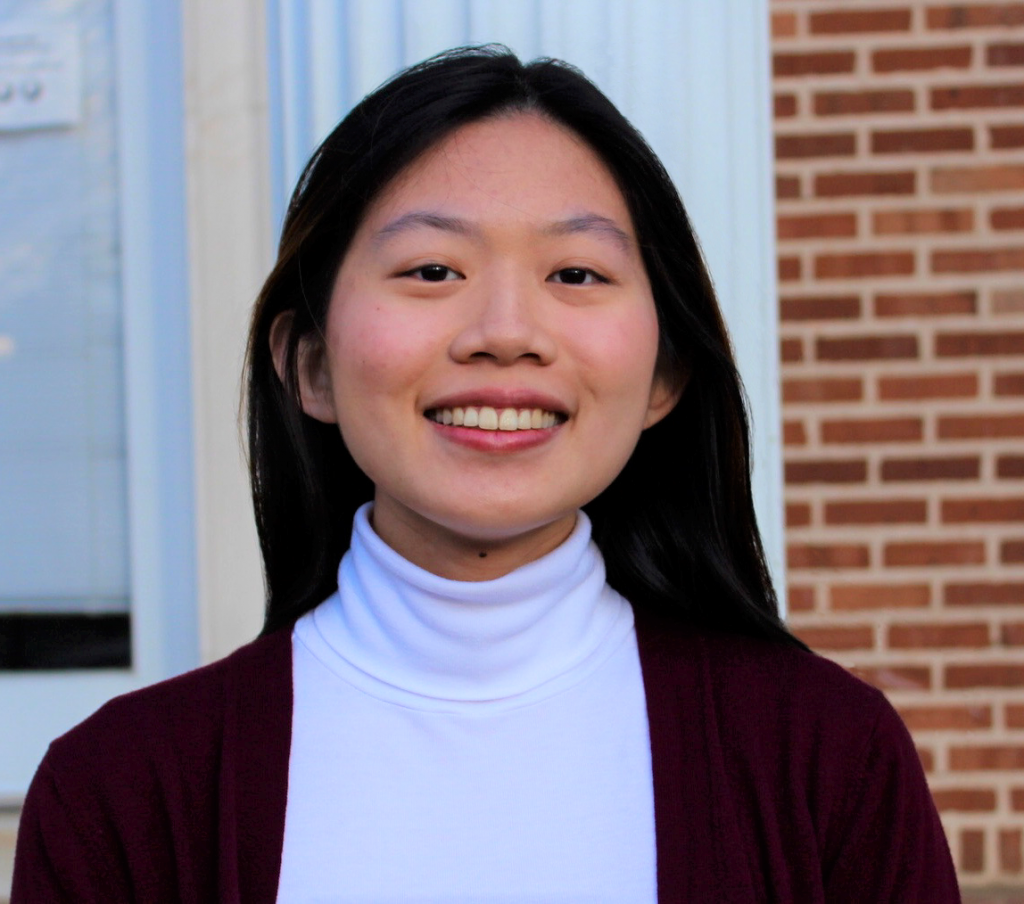 JACKSON, Miss. –  The Mississippi Department of Education (MDE) announced today that the outgoing Mississippi State Board of Education (SBE) senior student representative Amy Zhang of Starkville is one of nine Mississippi students selected as semifinalists for the 2022 U.S. Presidential Scholars Program. The program honors the nation’s most distinguished graduating high school seniors.

Amy attends the Mississippi School for Mathematics and Science in Columbus. She was appointed as the SBE junior representative in 2020.

Mississippi’s other U.S. Presidential Scholar semifinalists for 2022 are listed below:

Madeline and Ritchie, along with Amy, are also members of MDE’s Student Advisory Council.

The 2022 Presidential Scholars are chosen on the basis of their accomplishments in many areas – academic and artistic success, accomplishment in career and technical fields, leadership, and involvement in school and the community. The scholars represent excellence in education and the promise of greatness in America’s young people.

“Mississippi is represented well among the nation’s top high school scholars once again,” said Dr. Carey Wright, state superintendent of education. “I join with these students’ families, teachers, schools and communities in congratulating them for receiving this national recognition.”

Created in 1964, the U.S. Presidential Scholars Program honors the nation’s top-performing students with the prestigious award given to honorees during the annual ceremony in D.C. The program was later expanded to recognize students who demonstrate exceptional talent in the arts and career and technical education fields. The 2022 U.S. Presidential Scholars will be announced in mid-May.

Senior Jim Zhang is a member of the Robotics Team who oversaw the development of the competing robot.

“It was our first year and we were just happy to have made it to State. We prepared by having practices three times a week for first semester, and almost every day after Christmas break. Everyone put in a lot of time, there was one night that we worked until 6:00 AM, and then woke up at 10 AM for another practice. We designed, coded, and built our robot from lots of different materials, such as wood, 3D-printed filament, extruded aluminum, TETRIX metal,” Zhang stated.

The team undoubtedly spent countless hours on the project designing, developing, and practicing the functions of the robot.

“The robot was designed on CAD using OnShape. CAD is Computer Aided Design. The students and I met and discussed what we wanted the robot to do and then the parts were drawn in a two-dimension and then they were extruded to given three-dimensional volume. We didn’t do as well as we’d liked, but the team worked really hard. Next year, I think that we’ll do a lot better,” Robotics Team Adviser Josh Crowson explained.

The setup of the competition involves teams of two robots on each side that would try to get as many points as possible for their alliance. Then, the members on each alliance would change until a different robot competes each time. Judged on more than just robot performance, awards are presented for sportsmanship, outreach, and how well the team documented their journey in an engineering notebook.

The team named their robot “CJ,” short for Change Jar. The third robot that the team designed, CJ was made out of whatever spare parts the team found randomly in the Engineering Shop.

“He was originally an insurance robot, where we put our spare people while working on our main bot, but now he’s become the apple of our eye. We built it through a lot of late nights and hot glue,” Zhang described.

Building a robot from scratch is no easy feat. The team overcame numerous obstacles while brainstorming their ideas.

“We got to work through a lot of problems that I certainly wasn’t expecting to be able to do. It was cool because none of us really knew what we were doing, but somehow we managed to make a robot that worked,” Leah Pettit, one of the programmers, said.

One of the issues the team encountered was the lack of time for preparation. Having to balance extensive schoolwork and other extracurricular activities, meetings were often difficult to organize.

Junior team member Devin Chen explains the difference between the MSMS team and their competitors through his experiences participating in the competition.

“This year, my robotics experience was quite interesting as coming into MSMS I had never had the exposure to the types of things involved with robotics, such as the programming or the mechanical engineering aspect. It was both mind-boggling and humbling at the same time to be a part of such an extensive project where so much work had to be put in with results not always guaranteed. I think what definitely sets us apart as from other robotics teams is the fact that we are students of MSMS. Oftentimes, I feel as if we are elevated on a pedestal of sorts in that we are viewed as having to be the absolute best at anything we try, and nothing short of it is acceptable. What often is forgotten is that we are students too, learning alongside our peers, often prone to the same mistakes others make. This pressure really intensifies the already strenuous work in addition to the time constraints placed upon us as students here. Most schools are free to invest significant amounts of time into their robot because they do not have many other commitments like we do here; in addition to this, the major contenders who placed within the top ten this year were all homeschool teams and according to them, were able to invest around five hours a day into their robot whereas our team was lucky to have a consistent one hour a day meeting basis. Another thing that set us apart was the fact that we are a rookie (first year) team whereas most teams competing were veteran teams who have years of experience under their belt. All in all, State was a great opportunity for learning as well as a chance to explore new innovative areas of growth for MSMS and help put the name of our school out there for even more people to experience the incredible experiences so many individuals have been able to partake in,” Chen offered.

The team agrees that while they did not dominate the competition, all members received the opportunity to discover new passions and explore their critical thinking skills.

Zhang commented, “I feel like this robotics season made me grow a lot personally. It was humbling having such a great team to work with, and to be part of the FIRST family, networking and connecting with other teams across the south. I think we did really well considering our inexperience, and I’m excited to see what they can accomplish next year.”