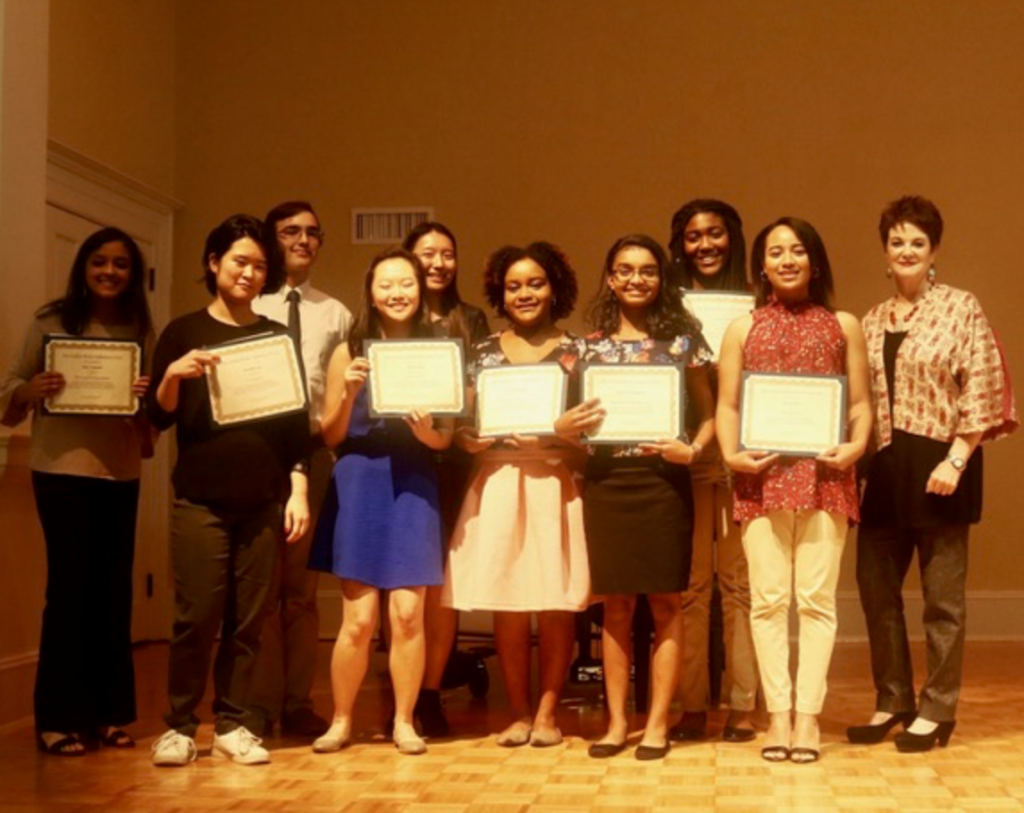 The Ephemera Prize is named in honor of Mississippi University for Women alumna, Eudora Welty, and for one of the W’s earliest creative writing journals. The annual contest is sponsored by the Department of Languages, Literature, and Philosophy at the W and is awarded in conjunction with the annual Eudora Welty Writers’ Symposium.

Each year, the symposium committee selects a specific theme inspired by the event’s namesake. The theme for 2017 was, “’So the incident became a story’: Tales and Truths Around the South,” which was informed by Eudora Welty’s story, “The Hitch-Hikers” from A Curtain of Green.

This year, over 100 submissions were received from all across the state of Mississippi. Submissions were judged by James E. Cherry and Jacqueline Trimble, two writers featured at this year’s symposium, and the top five original pieces were identified as prizewinners. This year, four out of the five prizewinners were MSMS students. The fifth prizewinner, was Hunter Brown, a New Hope High School student who is taught by Mrs. Richardson’s son, Thomas Richardson. Thomas, like his mother before him, specializes in creative writing.

Prizewinners received a $200 prize and read their works in Poindexter Auditorium at the conclusion of the Symposium.  Honorable Mention recipients were also recognized during that time. All students attended a luncheon alongside Symposium authors.

A complete list of MSMS prizewinners and honorable mention recipients is below.