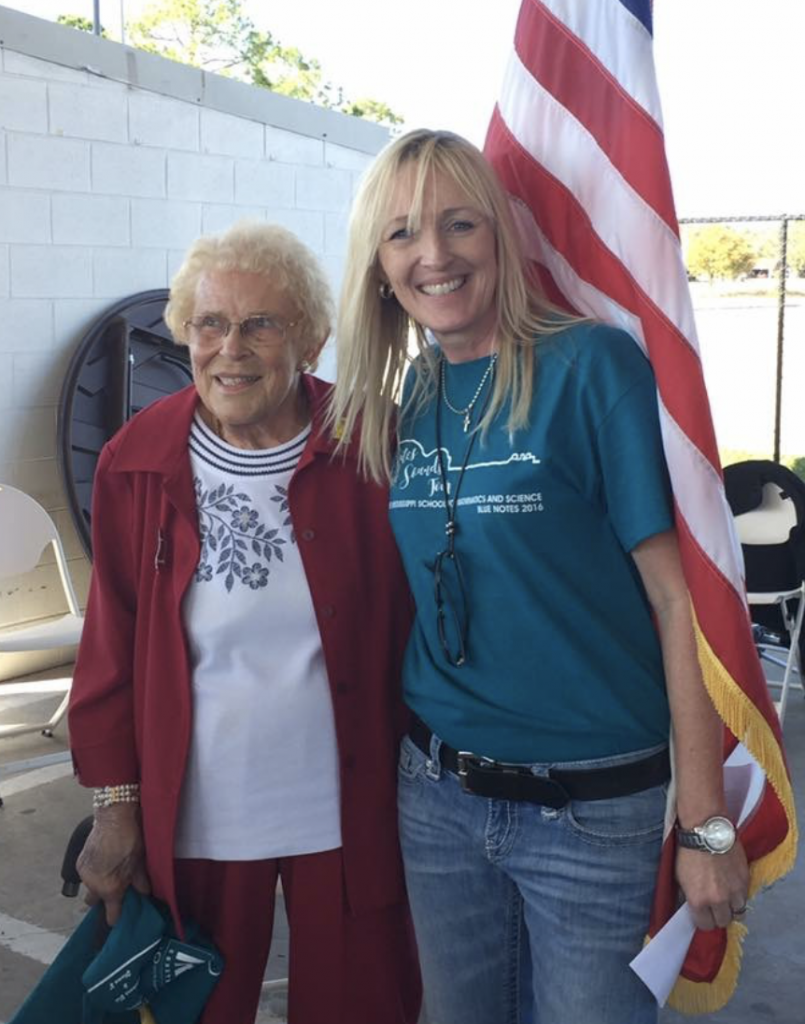 For the past several years, the Mississippi School for Mathematics and Science Blue Notes musical ensemble has been a feature of the Mississippi Gulf Coast Veterans’ Day Parade. This year, however, it nearly did not happen.

With their eclectic mix of rock, blues, and jazz, the MSMS Blue Notes’ performance has been a big draw at the annual event, held in D’Iberville, Mississippi.

This year might have been the best performance yet, but it nearly didn’t happen.

“We played for more than two hours, and they wouldn’t let us leave,” said MSMS music instructor Dawn Barham. “It was crazy. It was wonderful.” Barham heads up the 45-member-strong Blue Notes.

MSMS’s participation in the veteran’s day parade grew from the music program’s annual Sites and Sounds tour. During the tour, the Blue Notes travel the state of Mississippi. During the trip the students perform at various venues and tour musically historic sites in the state.  In even numbered years, the group travels up the Mississippi Delta into north Mississippi and Memphis. In odd numbered years, the group heads to the coastal areas of the state.

As a part of a past Sites and Sounds trip, the Blue Notes performed at the Gulf Coast Veterans’ Day parade.  The MSMS students’ performance became so popular the Gulf Coast Veterans’ Day Parade Board asked the group participate each year since. However, funding issues at MSMS meant it would be difficult if not impossible for the group to make a separate trip to the Gulf Coast after recently wrapping up the 2016 Sites and Sounds tour, which toured the north part of the state.

“We looked at it, and I didn’t see how we could do it, so I called the people who run the parade and told them we just didn’t have the money,” said Barham.

Only a few hours later, Barham received a call from retired Air Force Colonel Phyllis Luttman, who agreed to pay for the whole trip.

“It just wouldn’t be the Veterans’ Day Parade without the Blue Notes,” Luttman told Barham.

MSMS wishes to extend deepest thanks and appreciation to Col. Luttman for giving the school the opportunity to honor the men and women who served this country. The school would also like to thank all the organizers of the parade, faculty, staff, and friends of MSMS who helped chaperone and haul equipment; and last but not least all the Blue Notes themselves.