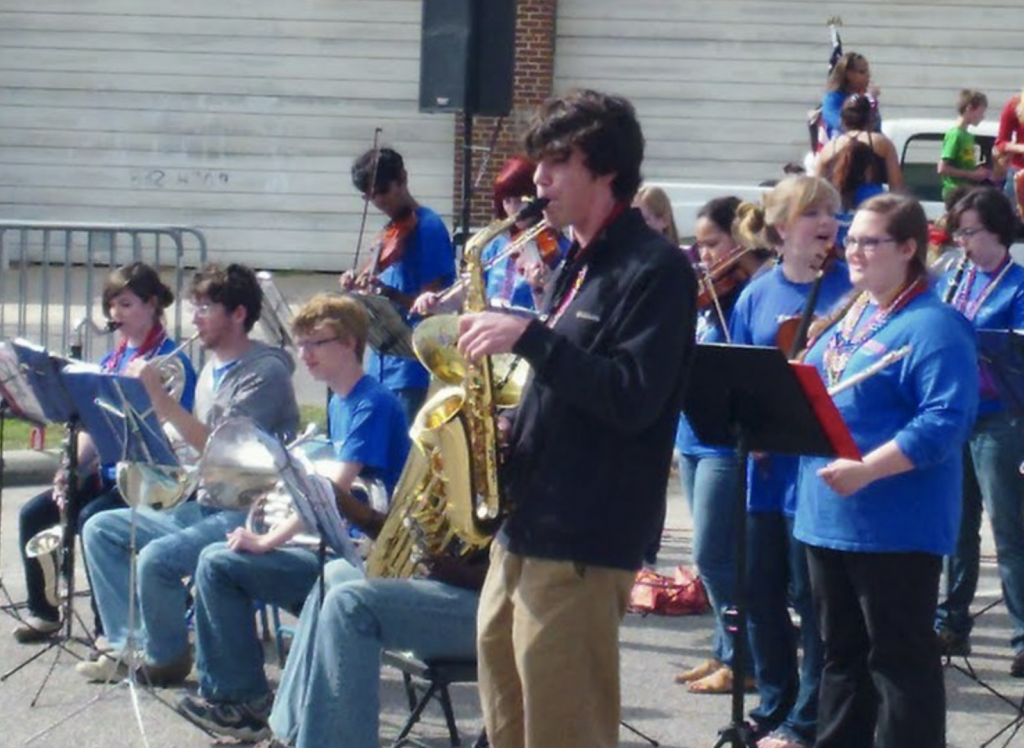 The MSMS Blue Notes set out on their annual Sites and Sounds tour last Thursday, Nov. 9, and returned to Columbus Sunday evening after an exciting and successful trip.

Sites and Sounds is an annual event, led by music teacher Dawn Barham, that travels throughout the state of Mississippi putting on musical performances, alternating between two different routes each year.

“This year we went to the coast, so next year we’re going to go the Delta. We have a kickoff performance in Columbus the week before we leave, to fundraise. Then we spend a weekend in our location, performing and taking in the culture,” Edith Marie Green shared. “This year, we went to the coast. We spent a day in New Orleans, and then we hung out in Biloxi. Our home base was in Biloxi and was literally a walk across the street to the beach.”

“We performed in Biloxi at the Veterans Day Parade and at the First United Methodist Church in Poplarville,” Indu Nandula shared.

For an MSMS student to be involved in Sites and Sounds, they must take either Instrumental Performance or Choral Performance.

Green stated, “We start learning our music at the very beginning of the year. A few weeks before our first performance, we start having rehearsals during tutorials with both the band and choir since we’ll be performing together. Once the music is down, we work on crew and rooming lists so we’re prepared for travel.”

The students work together to select the pieces that will be played during the performances.

“The only stipulation is that it has to be tied back to Mississippi somehow,” shared Anna Grace Dulaney, on how students choose certain pieces.

Sites and Sounds is an incredible opportunity for its participants to experience new types of music, collaborate with other students, and perform in front of different and exciting audiences.

Green shared her most memorable experience from the trip.

“We did an African drumming circle in New Orleans, and everyone was dancing, singing and beating on drums. It was really fun and cleansing to just gather together and make music.” She added that “Performing at the Veteran’s Day parade was also really fun, because from the stage I could see adults singing and little kids dancing and it was great to bring joy into people’s lives like that.”

Nandula echoed Green’s opinion, saying, “My favorite part of the trip was probably New Orleans, specifically when we went to Armstrong Park where we learned about traditional African drumming and dancing. Working together in harmony to celebrate a culture that was unknown to us brought many of us together as both classmates and a family, and it was really fun and beautiful to see.”

Students who participated voiced their appreciation for the experience that the trip provided them.

“I would definitely do Sites and Sounds again. Spreading the love and joy of music is really important in this world because it brings a people together in a way that nothing else can,” Nandula said.